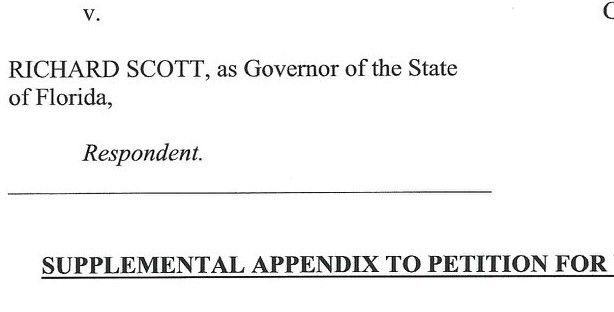 To many who say, why here? Why Florida? I will share my personal experience with injustice, which started as a victim of stalking and then my family was murdered. Law enforcement and state attorneys refused to help or charge the serial predators. Yet, the white, twin serial predators are still protected in Florida while they continue into 14 years of harassing. This also led to complaints to DOJ, FBI, VAWA, Governors, AGs, FDLE and many court documented records. These twin serial predators have stalked and raped and kidnapped many women, terrorized children and last known, live in Pasco County, FL, and are currently and for 14 years have been protected by the very agencies who should be assisting victims, not predators. Are they political hit men? I say yes. They are protected while my family is not only harassed, injured, murdered by these twin serial predators, but re-victimized by Florida government when seeking help and raising awareness.

HOW is this relative to current events? Well, now, 14 years of injustice and that led to loss of multiple lives, state political terrorism, MANY complaints against state attorney(s), LE and DV agencies, being intentionally ignored by multiple state officials. Then when contacting federal officials, referred back to state. Where this started? Hillsborough County, Florida. When did this start? Summer, 2006. When I originally complained to LE and State attorney Mark Ober in HIllsborough County, Florida, because I was being stalked by Keith Berisford (who had an active protective order against him by another woman which I was unaware of), they refused to file charges against him. There are two of ‘him’ serial twin predators, Keith and Brien Berisford. In 2006, when I requested prosecution and obtained a protective order and requested victim assistance (my family was also murdered in 2006) I was denied assistance, over and over and over. I could not understand why they would not help me/us. State Attorney, Brad King’s office in Hernando County where the murders happened refused to charge the Berisfords being fully informed in 2006 that the twin serial predators started stalking me and my family prior to murders. I complained often to many agencies they kept trying to silence me with excuses and/or threats. I would not be silenced, I was trying to protect my family and my community. The public officials I went to for help, only punished me when reaching for help.

2010/11, enter Rick Scott as Governor and Pam Bondi as AG and I am still filing complaints, requesting assistant. Then Governor, Rick Scott (now senator) claimed he could not get involved with state attorneys because they are elected officials.

2016, Enter, ARAMIS AYALA, first black female state attorney in Florida. Rick Scott slandered her all over media, demanded she step down, cut her budget, took her cases and gave them to who? That is right, the state attorney, Brad King who I previously complained about for YEARS. I was both shocked and pissed. Scott refused to assist with complaints against King who was at the helm of many Florida murders of multiple women and refused to charge the killers even with much national media, intentional misconduct exposed and complaints. Yet, Scott and King politically attacked the first black female state attorney ARAMIS AYALA?

THAT is why protests are here and everywhere because this violence against many, women and black lives happens HERE and everywhere. We are talking MURDERS!!! So, if you know me, you know the political terrorism in Florida my family has been subjected to for the last 14 years. If you do not know our case and if you do not get information from ME you do NOT, do your homework. Be careful when doing so as there are many falsified documents floating around created by public officials in their misconduct and attempt to cover up. Yes, I have been slandered as has my family as has Aramis Ayala. The false media is due to LE and government officials feeding them false information.

Attached is a copy of a document when Ayala filed in supreme court to sue Rick Scott. Of course, a black female is not going to prevail against a rich white and powerful senator. HOWEVER, collective voices prevail at least in getting our voices heard. When I saw this crap happening I spoke up. I provided documentation showing the injustice to my family and further facts that Rick Scott, Pam Bondi and many others being fully informed yet, refusing to assist.

Since, Florida Coalition Against Domestic Violence (who refused to help me with stalking) has been dismantled. Brad King is retiring (smelly situation). Unfortunately we are losing an amazing and ethical state attorney Aramis Ayala due to the injustices in Florida political arena. I respect her so much and offer understanding as to why she is not running again. I have 14 years of experience with this terrorism in Florida. I pray she will run for another office, we need more good people like her.

While I do not condone violence, nor can I or will I begin to imagine what black lives are exposed to every single day historically and present. I will say that many of my race and government quickly turned on me, even at church, to cover up political terrorism, misconduct and negligence that cost my family their lives and have taken our freedom for the last 14 years. This while serial predators, I believe serial murderers, are protected by public officials and roam free to continue to hunt and harm. I do know what it is like to be preyed on, hunted, stalked every single day, having life as we know it destroyed by political misconduct and violence against women. In order to escalate wealth and political careers they step on bloody bodies doing personal favors while climbing up their political ladder.

I stand with State Attorney Aramis Ayala today, as I did yesterday and every day, along with standing by all who have been terrorized by injustice. If you have not walked that walk and you are criticizing protests, delete me now. We need collective voices, we need permanent change and we need justice. Justice will bring peace for all not just the select few. The delay of justice is not to be tolerated, nor preferential treatment given to murderers when lives are being taken, is the message and that is what you are seeing. Minimizing voices will not work now. I could not believe the level of misconduct and cover ups of the stalking and murders of my family. I was even more shocked when requesting victim assistance, I was bullied, harassed, they took my son, terrorized my children. I was even wrongfully arrested in 2019 (February 21) by Hillsborough County Sheriff Deputies when they showed up at my door, for filing complaints to FDLE and FBI, emailing the sheriff when FDLE told me to and copied the sheriff on emails. I was told by deputies that every time I emailed the sheriff I would deal with them.. That again terrorized me and my family.

Injustice anywhere to anyone is injustice everywhere to every one, and poisons our communities and country. If it happens to you, you will know it clearly and then you will appreciate the brave ones who do raise their voices. And if it happens to you, you will pray for voices to be raised. Please, reconsider your stance on this protesting. PLEASE recognize the courage it takes to stand up to injustice. This is a result of centuries of injustice, accumulated because victims are ignored over and over and over. Again, I do not condone violence, but I partially understand the anger and the pain from what I have experienced and that is only a glimpse in comparison to the centuries of injustice black lives have been forced to endure. I am embarrassed this country is treating citizens in this manner. We are more intelligent than acting in such archaic and prejudicial manners. I support #blacklivesmatter and I support collective voices and I pray we will begin to see change, REAL CHANGE.

I am so sorry to #blacklivesmatter, I hate prejudice, always have. It is the evil that takes lives every single day and government officials are the ones empowering that evil. THAT IS TRUTH. Please, stop, please consider the children this injustice and political leaders are harming every day with ignorance and refusal to be ethical . REALITY and honesty and apologies are needed to heal. Restorative measures are needed because talk is cheap and that is why you are seeing action now, people are tired of being ignored and pacified. ACT, protect lives, convict murderers, stop violence against us all by select others escaping accountability. All of this is avoidable, intentional political ignorance of the solution is the fuel to the injustice. The elephant in the room is, top political leaders are VERY aware. They know exactly what is happening and why. My words are not foreign. Nor is my name. They know that too. I pray, for unity in justice for all. I pray for restoration as much as is possible for all. #blacklivesmatter