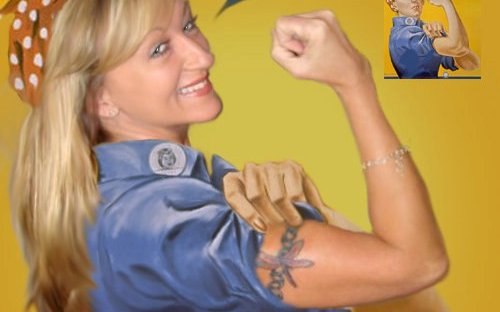 Many would be shocked at how several agencies in Florida are ignoring victimization of women and children including the most violent of stalking, rapes and murders. We are not talking petty crimes. Many more are not even shocked at all because it has become what Florida is known for, normalized victimization. That is sad. Normalized abuse in Florida. Not something we should be proud of.

I can provide a list of names and agencies who denied me and my family and other victims I am aware of assistance when being preyed on including the AG(s), Governor(s) and several State Attorneys, Judges, FBI, FDLE, OIG, Sheriffs, DV agencies, many more, who have not only ignored but refused to listen. I am not easy to ignore. So there is much intentional effort put in to silence me and/or deny my presence/complaints. No one can ever say I did not report, or that I did not raise awareness I have been doing so for 14 years this year regarding crimes against my family and most of my life because it is my nature to dispute abuse.

Someday, I hope many of these agencies will have to answer for why they did not do their jobs. Agencies and individuals have a choice if they are going to be ethical or not. They can choose not to do their jobs, if not, maybe someday they will explain that to someone who may decide ethics is best and decide to enforce the laws that are being broken while they are taking lives and violating civil rights of citizens. This is not just racial, gender, age, there are no boundaries, it is systemic to who ever government officials or agencies need to walk on to escalate their personal agendas while abusing power to do so. Because IF the agencies and employees of those agencies were ethical this crap would not be happening. The misconduct and corruption is empowering dangerous predators and ‘marketing’ victims by normalizing victimization. I hope this is a mirror for many. Yes, I am talking directly to YOU.

Corruption is systemic, it flows through schools, courts, healthcare, child support agencies, housing agencies, law enforcement, state attorneys and many others. That is the issue that is out of control. If these agencies are independently responsible for each of their own decisions, doing their independent investigations to protect their agency, in lieu of taking the ‘word’ of another agency or actor who may be corrupt, we could create more accountability and transparency. This is promoting human trafficking and other public health epidemics with resource control to keep victims silent. It has become so normalized that the public is brain washed into accepting this as necessary. It is not. It is destroying our communities and giving this state of Florida a really bad reputation under your leadership.

PLEASE tell me in our era of technology why complaints filed and investigations of those are not public. Electronic reporting, every victim should approve reports to keep them from being falsified, that is applicable to all witnesses as well. The misconduct is rampant with lies/falsification of reports by agencies and those working there, because it is so easy to do, that is also intentional and a well known fact that could have been resolved decades ago. Just try to file an internal affairs complaint. See what happens. How do you know if a victim really received services? Who verifies that? What about evidence? (you know that hundreds of thousands of rape kits nationally never processed?) How do you know reports are valid? YOU DO NOT if there are not several layers of validation, confirmation, science, hell even common sense or logic! Generations of misconduct has created generations of victimization for decades, that is an epidemic when corrupt leaders are rotating in the same agencies and positions or just changing agency, it eliminates the ability to make others accountable.

Many agencies are falsifying records because it is also NORMALIZED, it is a joke it is SO EASY to take federal money, falsify records, ignore victims by falsifying documentation with no accountability. WHY ARE WE ALLOWING THIS??? Most importantly, why is the federal government allowing STATES to do this with no accountability? We need Verification of reports and services, and I am talking REAL verification, not just a audit by a law firm to say ok, they are legit, I am talking regulation, using ID and several forms of it to account for services rendered and regulation of ALL federal and state or donor, charitable finances attached. That would eliminate much of this “OOPS Syndrome” which is bullshit on its face. Victimization is big business. It needs to stop.

The game is to involve as many agencies as possible to all say the same lie, so that they are credible while attacking the credibility of victims and padding their pockets with allies and funding that is the only way they can keep it going. There are words for that, legal terminology. Federal agencies should be educating some on this. Especially in Florida. Start with my case, I will give you a map to guide your investigations, it looks like Dennis the Menace starting in Lutz, Florida reporting stalking, to Hernando when my family was murdered, trailing 14 years through most state agencies up to the White House, DOJ, FBI, and many others. Go ahead ask these agencies questions about my reporting. Then look at my documentation and information and names and agencies I went to for help prior to my family being murdered and since.